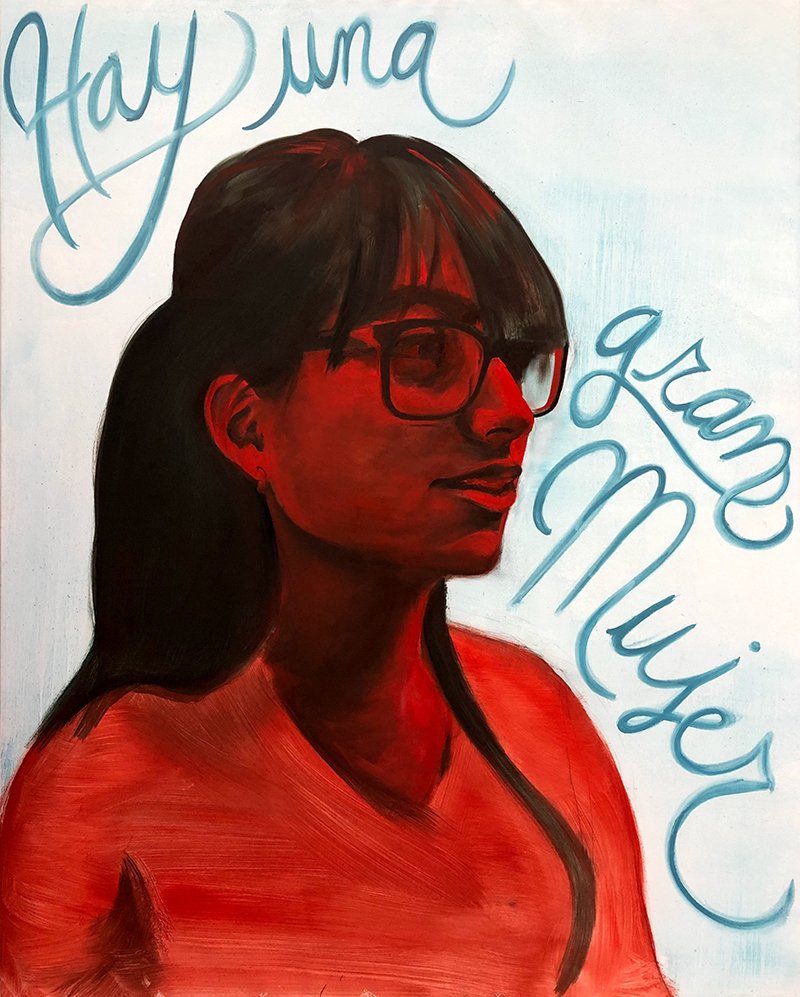 This painting represents the first of the four paintings. It is a painting of one of my best friends who is a citizen of both the United States and Colombia. This artist represents both nations on a daily basis with unshakeable principles, indisputable talent, and a razor-sharp wit (available in not one, but three languages). Her art speaks for her too – not that it needs to.